Anchor for peace and stability in South China Sea 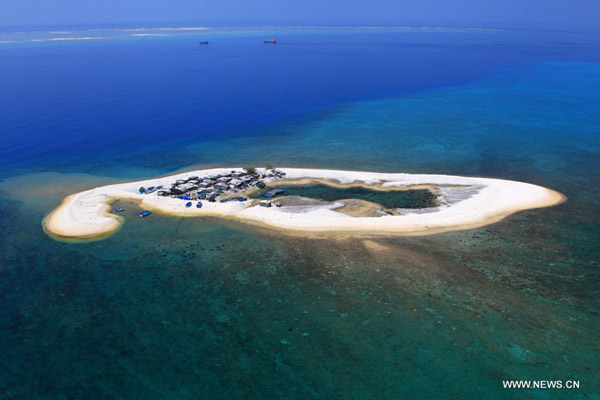 This year marks the 20th anniversary of the signing of the Declaration on the Conduct of Parties in the South China Sea. In 2002, representatives of the governments of China and the members of the Association of Southeast Asian Nations signed the DOC in Phnom Penh, Cambodia, the first political document for China and the ASEAN countries to deal with the South China Sea issue at the regional level.

The DOC provides an important platform for China and the ASEAN countries to carry out practical maritime cooperation. The DOC clearly states that before the disputes are resolved, all parties should seek ways to build mutual trust through strengthening practical cooperation. Over the years, China and the ASEAN countries have made important achievements in this regard: They have issued a leaders' declaration on environmental protection cooperation, established a hotline for senior diplomats to respond to maritime emergencies, promoted the application of the rules for accidental encounters at sea in the South China Sea, and held a series of seminars, training courses and projects on topics such as marine disaster prevention and mitigation, marine ecological environment and monitoring, marine scientific research, as well as enhancing cooperation among maritime law enforcement agencies.

As a party to the DOC and a responsible regional power, China has adhered to the important role of the DOC as an anchor for peace and stability in the South China Sea. Looking to the future, China and the ASEAN countries should take the 20th anniversary of the signing of the DOC as an opportunity, adhere to the spirit and principles of the DOC, view differences properly, reject interference resolutely, manage incidents in a peaceful manner, jointly build maritime order by rules, and work together to keep the South China Sea a sea of peace, friendship and cooperation.

The author is an associate professor at the Institute of Asian Studies and director of the Research Center for Boundary and Ocean Governance, China Foreign Affairs University.

The view don't necessarily reflect those of China Daily.