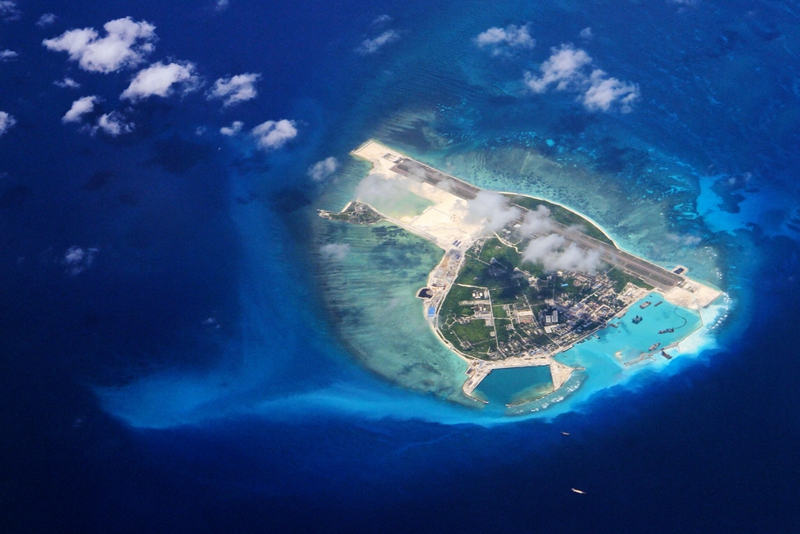 China criticized the United States on Wednesday as being "extremely irresponsible" in using the South China Sea issue to stir up trouble and sow discord among countries in the region.

Wang made the remarks at a daily news conference after US Secretary of State Antony Blinken called on China to comply with the arbitral award on the so-called South China Sea arbitration case in 2016, which was unilaterally initiated by the Philippines and attempts to deny China's territorial sovereignty and maritime rights and interests in the South China Sea.

Wang said that China's position on the South China Sea arbitration case is consistent, clear and unchanged. The so-called award, in violation of international law including the United Nations Conference on the Law of the Sea, is illegal, null and void, he said.

China neither accepts nor recognizes the award and opposes any claims or actions based on the award, Wang said, adding that those who attempt to infringe on China's sovereignty, rights and interests by implementing this illegal award will not succeed.

According to Wang, it has been agreed by China and members of the Association of Southeast Asian Nations that the South China Sea issue should be handled based on the dual-track approach, in which maritime disputes should be handled properly by countries directly concerned through dialogue and consultation while peace and stability should be jointly safeguarded by China and ASEAN countries.

In another development, Chinese military forces tracked and warned off the US guided-missile destroyer USS Benfold after it illegally trespassed into Chinese territorial waters off the Xisha Islands in the South China Sea on Wednesday.

Senior Colonel Tian Junli, a spokesman for the People's Liberation Army Southern Theater Command, said the warship ventured into Chinese territorial waters without approval from the Chinese government and severely undermined China's sovereignty and security, as well as regional peace and stability.

The theater command organized air and maritime forces to track and warn off the ship, Tian said, adding that the action by the US military is further proof that the US is exercising maritime navigational hegemony and facilitating the militarization of the South China Sea.

"Facts have shown once again that the US is a security risk creator for the South China Sea and a disrupter of regional peace and stability," Tian said.

The theater command will remain on high alert and resolutely safeguard national sovereignty, security and peace and stability in the sea, he added.