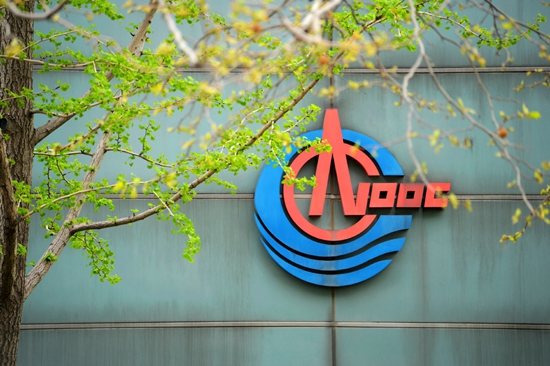 The logo of China National Offshore Oil Corp (CNOOC) is pictured at its headquarters in Beijing, China April 4, 2018. [Photo/Agencies]

China National Offshore Oil Corp, the country's top offshore oil and gas driller, said its Lufeng oil fields regional development project was put into operation on Tuesday, the first time that China has carried out large-scale development of 3000-meters-deep oilfields and below in the South China Sea.

The main production facilities include two drilling production platforms and one subsea production system. As many as 35 development wells are planned to be put into production, including 26 production wells and nine water injection wells.

The project is expected to achieve its peak production of approximately 46,000 barrels of crude oil per day in 2023, said CNOOC.