During the drill, several fighter bombers carrying multi-type weapons took off at a fast speed. In order to avoid ground radar search and air defense fire strikes, the fighter formation adopted the ultra-low altitude to conceal penetration at sea.

Upon reaching the intended sea area, the fighter bombers quickly climbed up through the clouds to the ideal position and carried out horizontal bombing on the targets. After finishing the first attack, the fighters returned back to base, then took off again after fuel supply and bombs loading. 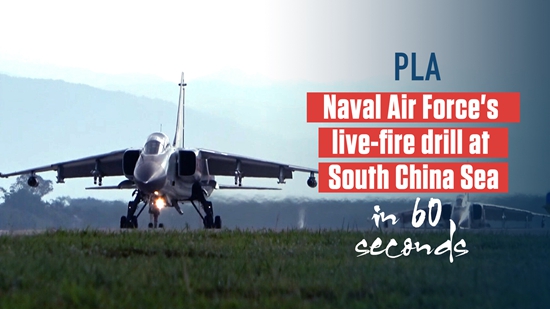