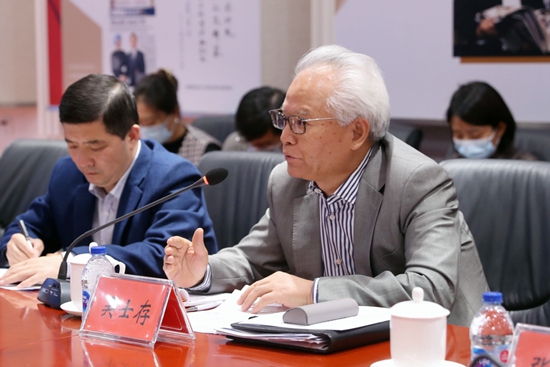 Security challenge comes from US and the US-led QUAD, AUKUS. In addition, the US still tries to mobilize other countries in the region to check China's rise by making use of China's frictions with some of its neighbors.

The arbitration in 2016 is legally invalid, but the US may still manipulate the case. Wu said, adding that US' intervention and rule-breaking practices pose threats to stability in the region.

To cope with those challenges, both China and neighboring countries should promote the talks on the code of conduct on South China Sea, which can help strengthen cooperation and enhance mutual trust, said Wu.

"It is impossible to solve the disputes in a short time given the number of countries involved and every country has its own political stance, as well as the large number of the islands and reefs in the region. In such sense, dialogue is the only way out," said Wu.