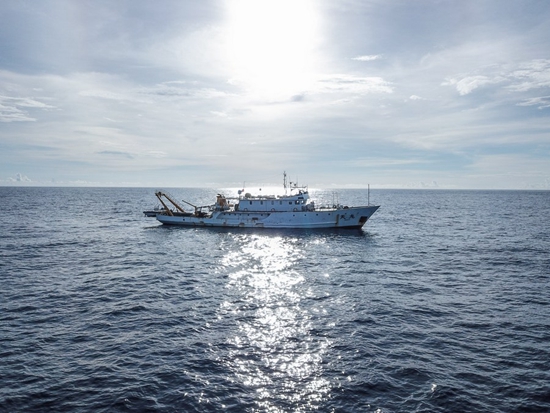 More ironically, when urging others to follow international law, the United States itself refuses to join the United Nations Convention on the Law of the Sea, which is a vivid reflection of Washington's hypocrisy.

MANILA, July 31 (Xinhua) -- Hyping up the so-called "China threat" is Washington's habitual trick as it needs excuses for transforming the South China Sea into a hunting ground for its geopolitical self-interest.

Geared up to form an anti-China clique, U.S. Secretary of Defense Lloyd Austin has recently visited three nations in Southeast Asia, during which he kept pointing an accusing finger at Beijing with groundless charges, stirring up new waves in the regional waters.

Speaking in Singapore on Tuesday, Austin vowed to challenge what he called China's aggression, reiterated Washington's support for nations involved in disputes with China in the South China Sea, and accused China's claims in the regional waters of having "no basis in international law."

Moreover, during later trips to Vietnam and the Philippines, Austin spared no effort in advocating the so-called "freedom of navigation" in the South China Sea.

To anyone who knows the region's history and current situation, the Pentagon chief's remarks during his visits are totally absurd and ignorant. 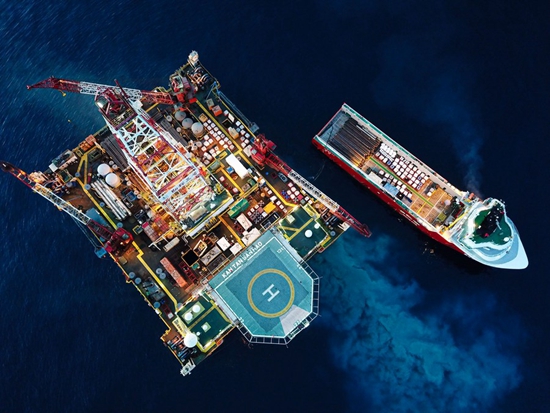 Aerial photo taken on July 29, 2020 shows the Kantan No.3 offshore oil platform and its supply ship in the northern waters of the South China Sea. (Xinhua/Pu Xiaoxu)

It is a clear fact that China's sovereignty, rights and interests in the South China Sea have been formed in the course of a long history and have abundant historical and legal basis.

What's more, Washington's claimed threat to the "freedom of navigation" is purely fabricated. While some 100,000 merchant vessels now travel in this busy shipping route annually, not a single ship has ever reported its safety threatened in the South China Sea.

If there is any such threat, it must be the increasing U.S. military presence in the region. Under the guise of safeguarding "freedom of navigation," the world's sole superpower frequently sends its warships and aircraft carriers to the regional waters and has conducted a multitude of war games.

This time, Austin used the same pretext to persuade the Philippines to recall the abrogation of the Visiting Forces Agreement, with the only aim to strengthen the U.S. military presence in the region. 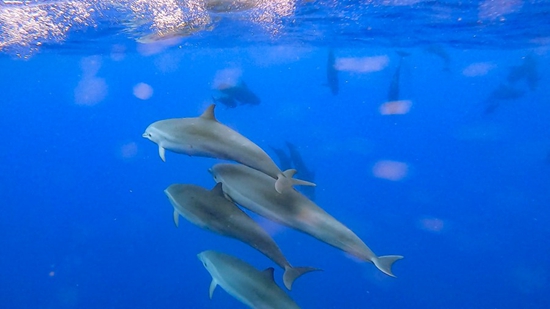 Dolphins and whales are seen in the South China Sea, July 20, 2020. (Xinhua/Zhang Liyun)

More ironically, when urging others to follow international law, the United States itself refuses to join the United Nations Convention on the Law of the Sea, which is a vivid reflection of Washington's hypocrisy.

In sharp contrast, China has always advocated friendly negotiations and consultations on issues concerning the South China Sea, treated its neighbors as equals, and exercised maximum restraint when safeguarding its sovereignty, rights and interests in the South China Sea.

In the regional waters, there is no room for confrontation, zero-sum games, or bloc rivalries. The so-called "China threat" is merely one of the many tricks adopted by Washington to deliberately smear China, sow discord between regional countries, and contain China's development.

However, Washington's sanctimonious scheme is bound to fail. Instead of just calculating its own geopolitical gains, the United States should do things that are really conducive to regional peace and stability.