US can learn how to erect guardrails from South China Sea countries: China Daily editorial 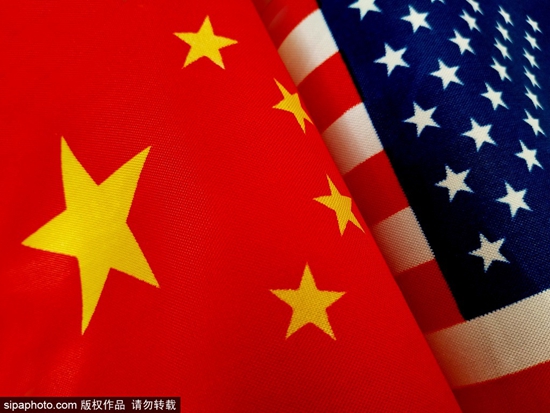 The more senior US officials have tried to portray US Secretary of Defense Lloyd Austin's first visit to Southeast Asia as underlining the United States is a "stabilizing force" in the region, the more he is showing its purpose is otherwise.

On his first stop in Singapore, Austin could not wait to drive home the true purpose of his visit, by reassuring local countries that the US will support them in "defending their rights" while dealing with China. It is predictable, that he will be striking the same chord during his visits to Vietnam and the Philippines in a bid to stir up tensions in the otherwise tranquil waters of the South China Sea. Thus making it clear which country is the troublemaker in the region.

When Austin said that the Pentagon seeks stronger crisis-prevention communication with the People's Liberation Army, he was simply offering more of the line the Joe Biden administration has been reeling out for public consumption, which is at odds with what it is actually doing in its China policy that has ruined trust and poisoned the atmosphere for any tangible cooperation.

He knows as well as anyone, probably better than most, that the US' so-called freedom of navigation operations are nothing but a pretext for the US Navy to justify its disruptive presence in the waters half the world away from the US homeland, and that the South China Sea has the safest sea routes in the world.

An even bigger irony is that while Austin was claiming that the US is committed to pursuing a constructive, stable relationship with China, Vice-Foreign Minister Xie Feng was telling Deputy Secretary of State Wendy Sherman face-to-face in Tianjin that the cooperation the Biden administration professes to be seeking in its China policy is nothing but deceit.

If Austin could have had reviewed Sherman's takeaways from her trip to China — the two lists and three redlines — in advance, he would have saved his civilities, and told his Southeast Asian hosts directly the US military has expropriated their backyards as its playground, and they are participants, willing or not, in its games.

As a Chinese foreign ministry spokesman said on Tuesday, there is a big question mark over whether bilateral ties will head toward conflict and confrontation or improvement and development.

To avoid the calamitous consequences of the former, guardrails are needed, as the Biden administration itself has pointed out. But to put those in place the US needs to stop viewing China as an adversary. It is this perception that fuels the US compulsion to uncivilly push and shove its way to "a position of strength".

Countries in the region have already built guardrails to keep their relations on the right track, and the US should show a little humility and learn from them instead of trying to drag them into an unwanted and unnecessary fight.