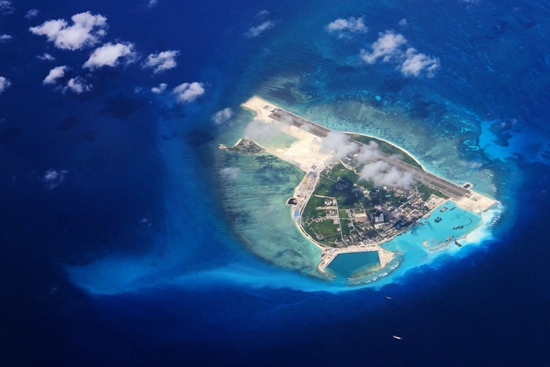 US Secretary of State Anthony Blinken recently made a statement to the media on the occasion of the fifth anniversary of the ruling of the so-called Court of Arbitration for the South China Sea. He accused Beijing of continuing to “coerce and intimidate the coastal states of Southeast Asia” and threatening freedom of navigation in the South China Sea. Blinken called on the Chinese government to “abide by its obligations under international law and refrain from its provocative behavior” in the South China Sea.

On July 12, the decision of the Hague court turned five years old, and the United States is using this occasion to try and once again stir up tensions in the region and put pressure on China.

Beijing does not recognize the arbitration decision and considers the process itself illegal, which is fully justified from a legal point of view. First, the lawsuit was filed unilaterally in an attempt to use the UN Convention on the Law of the Sea against China's sovereign rights over islands and reefs in the South China Sea, as well as to cover up their illegal partial seizure by other countries.

Second, the non-participation of China in the arbitration also complies with international law. In this case, the essence of the matter was sovereignty this goes beyond the framework of the UN Convention. In addition, Article 280 of the Convention provides for respect for the right of member states to independently choose the methods for resolving disputes. In 2006, China submitted an application under the Convention to exclude from mandatory dispute resolution procedures, including arbitration, such problems as the delimitation of maritime borders. Such statements were made by more than 30 states, including Russia, France and the United Kingdom.

Third, the US argues that the verdict the Hague Court has been accepted unanimously. But in reality, this is not the case. During the discussion of the verdict, 41 countries considered it legally binding, 31 countries considered the arbitration illegal, and 121 did not express their position at all. After July 12, 2016, that is, after the decision was made, the situation looked like this: seven countries (Australia, Canada, Japan, New Zealand, the Philippines, the US and Vietnam,) called for the conclusions of the tribunal to be followed, 33 countries (almost all European countries, as well as India South Korea and the countries of Southeast Asia) reacted positively to the verdict, but did not officially demand that it be followed as legally binding, six countries (China, Montenegro, Pakistan, Russia, Sudan and Vanuatu,) opposed it in one way or another, and 147 countries adopted a neutral position.

According to international experts, the tribunal itself does not have any mechanisms to force one or another party to comply with its decisions. It is the US that has decided to take on the role of enforcer and is trying to act as a kind of bailiff.

China’s position on the territorial disputes is based on both legal and historical postulates. The arbitration decision dismisses the historical records indicating it was the Chinese who first identified the islands in the South China Sea, named them and began their development, which is recorded in many ancient books and on ancient maps.

As you can find out from open sources, until the second half of the 19th century, only Chinese lived and worked on Nansha Qundao. During World War II, Japan temporarily took control of Nansha Qundao. After the victory, in accordance with the Cairo Declaration and the Potsdam Declaration, the Chinese territories seized by the Japanese militarists were supposed to be returned to China, including the Nansha Qundao. The Chinese government, in order to strengthen the sovereignty and administration over the Nansha Qundao, gave them names and sent an appropriate military garrison there. Until the 1970s, the fact that the islands belonged to China was not disputed by anyone. Problems appeared only after rich natural resources were discovered here. The Philippines and some of China's other neighbors began to attempt to seize the islands. Thus began the territorial disputes. Despite these, China has conscientiously ensured the safety of navigation, and any incidents that have occurred have been resolved peacefully.

In this matter, attention is drawn to the constant references of the US side to the UN Convention on the Law of the Sea, adopted in 1982. The fact is that the US itself has not joined the Convention. The question of ratification is periodically raised by each new administration, but it never materializes. While criticizing the Convention for certain aspects unfavorable to the US, it nevertheless zealously tries to make China comply with the requirements of the Convention. A country that has not ratified the Convention has no right to refer to its provisions. The US has used the provision of the Convention that a preliminary request for permission from a country for innocent passage through its territorial waters is not required to justify the intrusion of a US Navy destroyer into the territorial waters of China. This provision of the Convention, like all others, does not apply to a country that has not ratified the document. Consequently, the use of the Convention by the US is untenable, and its actions are contrary to international law and are in the nature of a provocation.

In fact, the US pursues its own military interests in the South China Sea, which is of great importance for the transfer of military forces from the western Pacific Ocean to the Persian Gulf.

The US has carried out so-called Freedom of Navigation operations with ever greater frequency since 2011 on the initiative of President Barack Obama, who instructed the US Navy to deliberately ignore the maritime borders of the People's Republic of China.

After Donald Trump became president, the US intensified its provocative activities in the South China Sea. From May 2017 to January 2020, US Navy carried out 17 Freedom of Navigation operations in contested areas of the South China Sea. The most serious incident occurred on Sept 30, 2018, when the Chinese destroyer Luyang and the US destroyer USS Decatur almost collided.

The collision was avoided, but judging by the US hyping up the illegal Arbitral Award, the United States has big plans. International law, regardless of any arbitration, is on the side of China and Beijing has all the evidence of its rightness and rights. The realization of these rights is beneficial not only to China, but also to the entire region, where this wise and peace-loving nation dominates.

Seymur Mammadov is the director of the international expert club EurAsiaAz and editor-in-chief of the English-language information and analytical portal Baku Tribune.