A Chinese deep-sea drilling rig recently drilled to a depth of 231 meters on a seabed more than 2,000 meters beneath the sea level in the South China Sea, setting a new world record in deep-sea drilling depth. 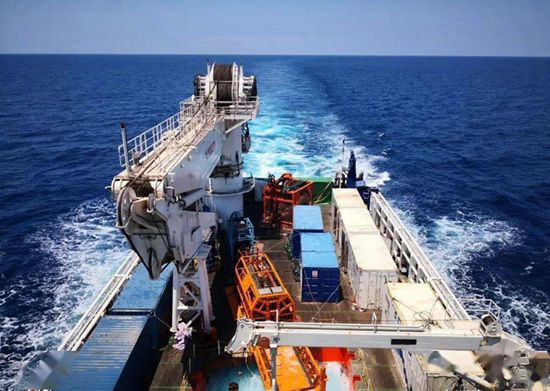 Before that, the maximum designed drilling depth of deep-sea drilling machines around the world was 200 meters, and the actual depth drilled in pressure coring was 135 meters.

The Chinese drilling rig Hainiu (meaning "manatee") II, developed by Hunan University of Science and Technology (HNUST), signifies that China has theoretically acquired the capability to explore all maritime resources as a front runner in deep-sea drilling.

Pressure core sampling is a unique technique of Hainiu II, which enables the rig to retrieve core samples from the ocean floor while maintaining in-situ pressure. It is considered vital for exploring flammable ice, a methane-laced ice crystal, and some other seafloor minerals.

Flammable ice is in ice form only when it's under seawater pressure. Once withdrawn from the depth it is adapted to, it would volatilize due to decompression. That's why such substances can only be retrieved with pressure core sampling. 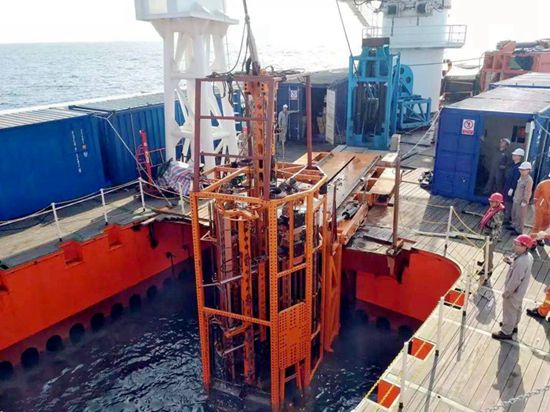 The Hainiu II drilling rig has made a series of technological breakthroughs, such as whole-process pressure coring, as well as high-capacity drill rods and fast connection & release, said Wan Buyan, a professor with the HNUST and chief researcher of the Hainiu II project.

All the core technologies were independently developed by Chinese researchers, which have obtained 125 Chinese patents and four international ones, Wan added.

The smart drilling machine can be operated by one person alone on a mother ship. While drilling and sampling, it can also detect rock electrical resistivity and porosity, and take photos in the borehole.

China has placed increasing importance on the R&D of marine equipment over the recent years. Deep-sea drilling technologies are important for the manufacturing techniques of other deep-sea equipment, and are able to drive the development of relevant industries.

Over 10 years ago, almost all the equipment on China's research vessels was imported, Wan recalled. Now, however, more than 80 percent of the devices used in Chinese expeditions are domestically produced, and the proportion will continue to grow in the future, he added.

Wan disclosed that the research team of Hainiu II will further improve the performance of the drilling machine to make it more adaptive, better complete operations, and become more intelligent.

The team plans to put the drilling rig into an exploration operation at the Mariana Trench with a depth of over 10,000 meters, where no seabed drilling has ever been performed, Wan said.