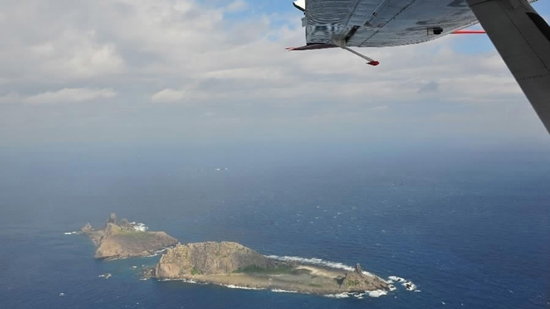 The Diaoyu and nearby islands. [Photo/Xinhua]

Some European countries are adopting a more high-profile and unhelpful stance on the South China Sea issue. A high-level official of the German government recently stated that the country plans to send a warship to Asia in August this year and it will pass through the South China Sea when it returns. If that turns out to be true, it would be the first time a German warship has been seen in the South China Sea since 2002.

Prior to this, France sent its nuclear submarine SNA Emeraude to the South China Sea in February with the support of an accompanying warship. France recently also sent two warships to the Pacific region on a three-month mission. According to the published sailing plan, the naval formation is very likely to pass through waters adjacent to the Nansha Qundao and Xisha Qundao. In 2018, the United Kingdom set a precedent for a European warship to sail in waters near the Xisha Qundao.

It is also worth noting that the UK, France and Germany jointly submitted a Note Verbale to the United Nations in September last year challenging the legality of China's maritime claims in the South China Sea, citing in support the illegal and invalid South China Sea arbitration award against China.

There are a number of reasons for these European countries to become more involved in the South China Sea issue by means of dispatching warships and making policy announcements.

As traditional allies of the United States, the UK, France and Germany have a foundation of common interests and willingness to cooperate with Washington on the South China Sea issue believing they share a common geostrategic goal in containing China's growing regional influence. And compared with Trump, the Biden administration is relying more heavily on allies and partners to put pressure on China. In this context, the UK, France, Germany are coordinating with the US on the South China Sea issue, which can also be seen as one of their actions to fix the transatlantic alliance.

At the same time, the European Union sees international maritime security issues as a "new growth point" for expanding its global influence and has actively carried out a strategic maritime transformation in recent years. It has proposed 12 themes that play a role in international maritime affairs, including "global governance based on legal rules" to "ensure maritime safety and free navigation." In order to achieve the goal of enhancing its soft power of maritime governance and to shape an international maritime order that conforms to its own interests, the EU has clearly made the South China Sea issue one of the three major focuses of its policy toward East Asia.

However, it is also true that EU member states are still in disagreement on the South China Sea issue, such as what actions to take, the extent of any actions, and the future direction of EU involvement, which has greatly reduced the efficiency of the EU's South China Sea policy formulation and implementation. However, although the EU has not yet formed a concrete and effective action plan, some European countries will not be content keep a low profile.

Freedom of navigation in the South China Sea is not an absolute freedom without any restriction. Instead, each state should perform certain international obligations while enjoying free navigation. The navigation should comply with the rights and duties of the coastal state as well as respect their sovereignty and reasonable security interests. The fact that China safeguards its sovereignty and maritime rights does not affect countries' freedom of navigation which is regulated by international law. Stakeholders both in and beyond the region benefit from free and safe navigation in the South China Sea, which is the common view of international society.

Some European states have a disgraceful history of colonization in Southeast Asia, but they also have successful experience in conducting maritime governance cooperation in closed and semi-closed seas such as the Mediterranean, the North Sea, and the Baltic Sea. History will always give people lessons to learn. Instead of showing off their power by sending warships to the South China Sea, these countries should act more cautiously toward the South China Sea disputes and play a more constructive role in ocean governance and in regional affairs.

Dr. Ding Duo is deputy director of the Research Center for Ocean Law and Policy at the National Institute for South China Sea Studies (NISCSS), and non-resident Research Fellow of the Institute for China-America Studies (ICAS).