Beijing and Manila can be closer friends 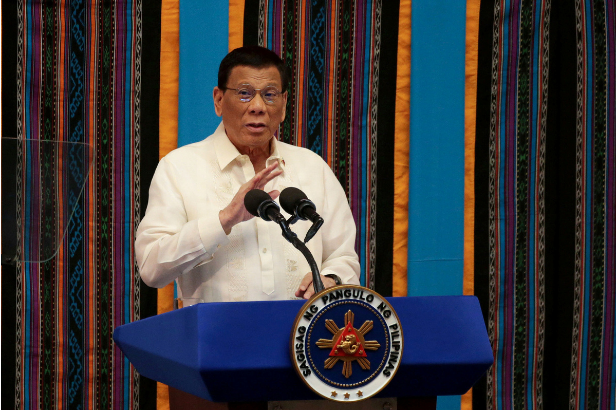 Editor's Note: Philippine President Rodrigo Duterte begins his five-day visit to China on Wednesday, the fifth since he took office in June 2016. During his visit, the two sides are also expected to discuss many issues. Two experts share their views on Duterte's visit and Sino-Philippine ties with China Daily's Liu Jianna. Experts follow:

Over the past few years, China and the Philippines have strengthened their relations thanks to frequent high-level exchanges between the two heads of state and the remarkable restraint they have exercised over the South China Sea dispute.

The positive attitudes of the two sides and their deepening political ties have, in turn, helped promote economic and trade cooperation, as evident in the more than 18 percent growth in bilateral trade in 2018 against the background of sluggish global trade growth. As a result, a positive correlation between the Philippines' economic development and Sino-Philippine economic cooperation is becoming increasingly notable.

The Philippines has also been trying to strike a balance between its relations with China and the United States, its traditional ally. Given the fundamental contradictions between the Philippine and US governments, especially the dispute over Manila's war on drugs, US-Philippine relations have not returned to the level they were when Benigno Aquino III was in office, even though they have largely improved since the incumbent US leader took office.

At the moment, the US is desperate to rope in the Philippines in an attempt to list the disputed islands in the South China Sea under the Mutual Defense Treaty. The two countries' cooperation, especially between the two militaries, is expected to be strengthened. Yet Manila will not act as a cat's paw for the US and sour relations with China like Aquino III did by stirring up the South China Sea conflict.

As a pivot of the China-proposed Belt and Road Initiative, the Philippines could solicit China's cooperation in infrastructure construction and attract more Chinese investments to strengthen its industries, not least because the lack of a strong machinery manufacturing industry has made it greatly dependent on the exports of fruits and other agricultural products to maintain economic growth.

In particular, the industrial transfer initiated by the Belt and Road Initiative can help many people in the Philippines get employment.

Besides, exchanges between the two sides in different spheres should be strengthened to consolidate the social foundation of bilateral ties. But for that to happen, the Philippines' media and society have to view China and Sino-Philippine relations in the right perspective, because that is extremely important for the long-term development of bilateral ties.

Song Wei, a research fellow at the National Academy of Development and Strategy and a professor at the School of International Studies, Renmin University of China

South China Sea can be a sea of cooperation

Sino-Philippine relations have developed quite smoothly over the past few years thanks to the political trust built under the guidance of the two countries' top leaders. This has saved the two countries and peoples from getting bogged down in the territorial dispute. That Manila has been wise enough to avoid being used by the US as a tool against China has ensured that it doesn't lose the opportunity to work with Beijing and achieve win-win results.

Over the years, Beijing and Manila have also expanded and deepened their cooperation in anti-terrorism and security apart from enhancing economic and trade cooperation.

Besides, as Shenzhen builds the demonstration pilot zone for socialism with Chinese characteristics which, among other things, aims to develop marine economy, the two countries could use the opportunity to foster and increase maritime cooperation given that the Philippines is short of technology to develop its marine economy despite having rich marine resources, while China has developed advanced technologies. In this way, conflict could be transformed into opportunity and the South China Sea turned into a sea of cooperation and friendship.

It is also important to expand people-to-people exchanges, which is one of the pillars of bilateral ties. So there is still a lot of room for cooperation.

The two countries should also expand collaboration along the Belt and Road, so that different Philippine interest groups can reap the early harvests of deeper cooperation, particularly because the pressure from the opposition party and pro-American lobbies on the Duterte administration could affect Sino-Philippine ties. The possible signing of the South China Sea Code of Conduct next year, however, will largely ease the tensions and prevent bilateral political ties from worsening due to the maritime conflict.

The views don't necessarily represent those of China Daily.