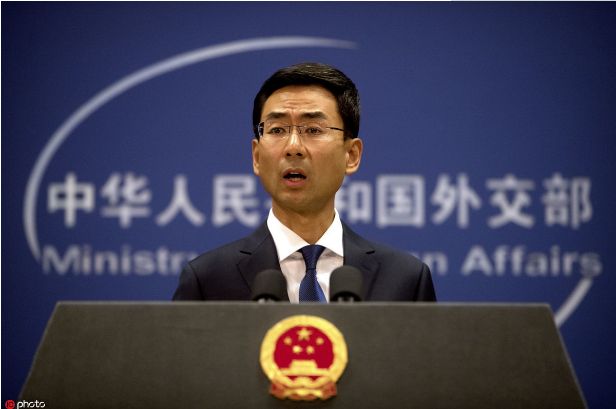 China urges the United States to stop malicious hyping and play a positive and constructive role in international and regional affairs, a foreign ministry spokesperson said on Tuesday.

Spokesperson Geng Shuang made the comments at a daily press briefing in response to the US Department of Defense's accusation that "China recently resumed its coercive interference in Vietnam's longstanding oil and gas activities in the South China Sea."

"The rights and wrongs of the issue are quite clear. The US has made irresponsible remarks over and over again, disregarding facts and calling black white, and China is firmly opposed to that," he said.