From December 1998 to January 1999, the Underwater Archaeological Research Office of Chinese Museum of History formed the underwater archaeological team for Xisha Qundao, in conjunction with the Hainan Provincial Office of Cultural Relics Protection and Management, Guangdong Provincial Institute of Cultural Relics and Archeology for investigation and trial excavation of underwater cultural relics. That was the first underwater archaeological undertaking independently launched by Chinese archaeologists at high seas. This archaeological survey was focused on Beijiao Jiao, with investigation and trial excavation in Huaguang Jiao and Yinyu Dao. A total of 13 heritage spots of the Song, Yuan, Ming and Qing Dynasties were found and over 1,500 pieces of cultural relics salvaged. The most important cultural relics were found in No. 1 shipwreck site of Huaguang Jiao, No. 3 shipwreck site of Beijiao Jiao, and No. 1 Heritage site of Beijiao Jiao and Yinyu Dao.

Remains of Underwater Coagulum at No. 1 Shipwreck of Huaguang Jiao

Ivory Salvaged from the No. 4 Underwater Site at Beijiao Jiao

In 2007 and 2008, Underwater Archeology Research Center of National Museum of China implemented a second excavation of No. 1 Shipwreck Site at Huaguang Jiao, together with Hainan Provincial Bureau of Cultural Relics and other units. The excavation was divided into two stages. At the first stage, carried out from March to May 2007, the emphasis is placed on unveiling the general conditions of the shipwreck site, sorting out relics in the wreck layer by layer and measuring the hull comprehensively. At the second stage, carried out from November to December 2008, the hull excavation was completed, the hall components numbered, measured, and shipped to Hainan Provincial Museum for desalination, dehydration and protection one by one.

During this excavation, the hull of No.1 shipwreck at Huaguang Jiao was discovered. Currently the first ancient hull discovered by China on the high seas, it was well preserved, with basically a clear structure. The relic measured 20 meters long and about 6 meters wide, with a freeboard depth of 3 to 4 meters, and a displacement of over 100 tons. Covering an area of about 180 square meters, it yielded about 10,000 pieces of specimens, the vast majority of which were porcelain wares, with a small amount of bronzes, iron ware and woodworks. The porcelain wares consisted of celadon, green glaze and dark glaze in terms of glaze, and bowls, plates, dishes, boxes, pots, wine cups, vases, jars, urns, injection vessels, handy water pot and lids in terms of variety. The patterns were mostly printed and carved patterns. The pottery wares were plain mud-based gray pottery, including small pots, four-ear jars, vases, mortar and pestles and so on. Those porcelain wares had mostly been produced in the Southern Song Dynasty in Dehua Kiln, Cizao Kiln in Jinjiang, and Jingdezhen, Jiangxi.

In May 2009, Underwater Archeology Research Center of National Museum of China organized an underwater archaeological team, together with Hainan Provincial Bureau of Cultural Relics and other units, for cultural relics survey in the adjacent waters of Yongxing Dao, Dongdao Dao, Langhu Jiao, Yuzhuo Reefs and Qilian Dao. During the survey, a total of 11 important cultural relics were discovered, including two of the Song Dynasty, one of the Yuan Dynasty, two of the Ming Dynasty and six of the Qing Dynasty.

Archaeological Survey of No. 1 Site at Huaguang Jiao

In April 2010, Underwater Archeology Research Center of National Museum of China implemented a second underwater survey of cultural relics on the islands and reefs of Yongle Qundao in the waters of Xisha Qundao, together with Hainan Provincial Bureau of Cultural Relics and other units. The survey was focused on Yongle Qundao, including Huaguang Jiao, Beijiao Jiao, Panshiyu Dao, Yinyu Dao and the reef of Shanhu Dao, as well as Zhaoshu Dao, Langhua Jiao of Xuande Qundao. Major achievements of this survey were as follows. First, a total of 42 underwater cultural relics were investigated, including 32 new ones. Second, a large number of porcelain specimens of the Northern Song, Southern Song, Yuan, Ming and Qing Dynasties were salvaged. Those porcelain wares were produced by the famous Longquan Kiln, Jingdezhen Kiln, Dehua Kiln, Zhangzhou Kiln, and Chaozhou Kiln, Chaozhou Kiln, Qishi Kiln, Minqing Kiln, Cizao Kiln, Anxi Kiln, Hua’an Kiln and other kilns in Fujian and Guangdong. Those porcelain wares not only constituted material evidence of overseas trade, but also benefited study of maritime trade routes in the Yuan Dynasty. The typical Yuan-Dynasty celadon porcelain wares found in No.2 shipwreck at Shiyu Dao were the first of their kinds discovered in domestic underwater archaeology and thus were of special significance. Third, in some middle- and late-Qing Dynasty shipwreck sites, a large number of stone building components were found, including stone slabs, stone columns, arch stone slabs with holes, stone carvings and stone lions. In some cases, figures were carved on the top of the columns. Fourth, 3 site of coins were found, and coins salvaged with intelligible inscriptions included Huangsong Tonbbao, Tiansheng Yuanbao, Xining Yuanbao, Xining Zhongbao, Yuanfeng Tongbao, Yuanyou Tongbao and Chongning Zhongbao of the Northern Song Dynasty, and Hongwu Tongbao and Yongle Tongbao of the early Ming Dynasty. 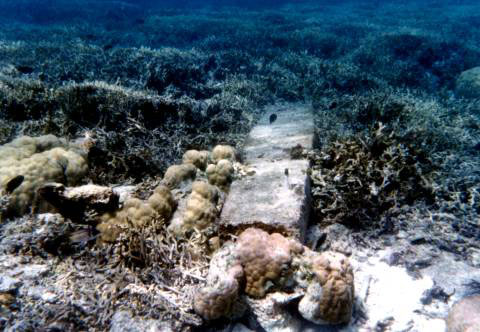 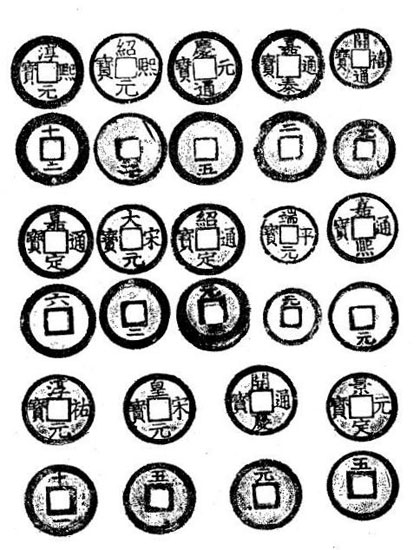 Rubbings of Part of the Copper Coins Found on Xisha Qundao 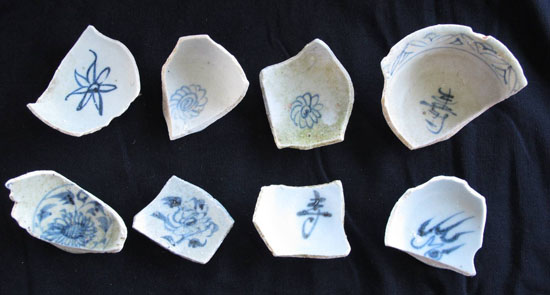 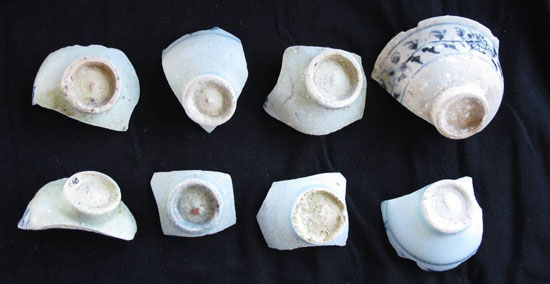 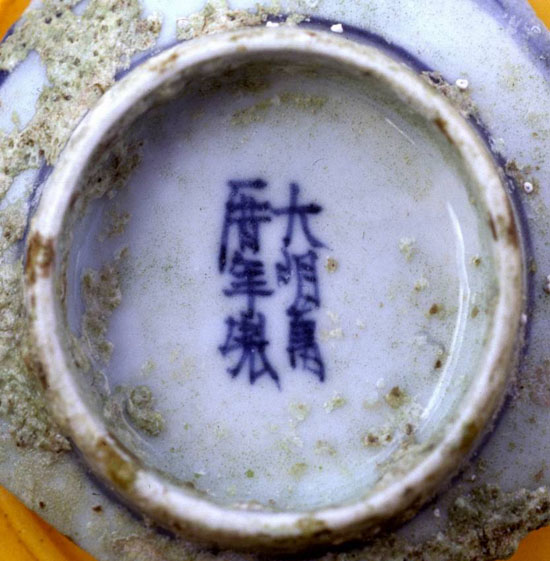 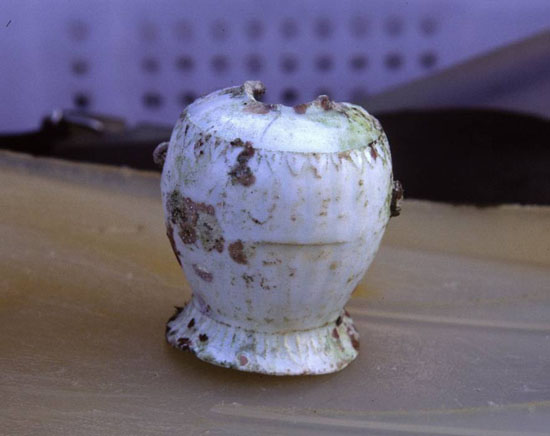 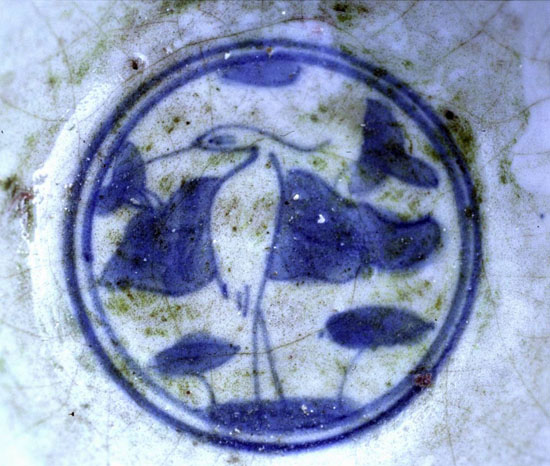 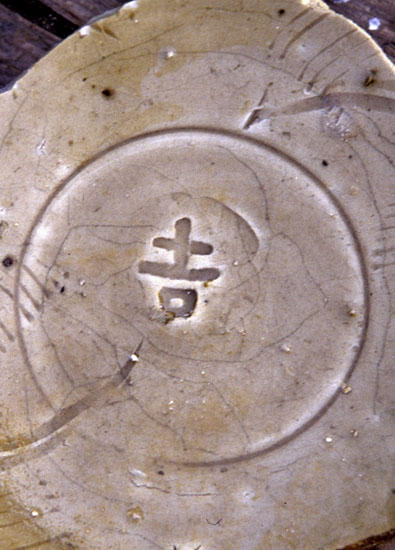 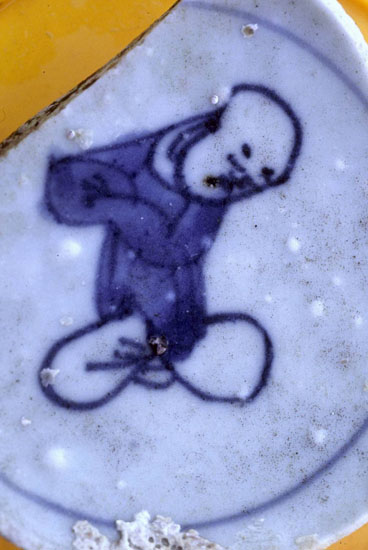 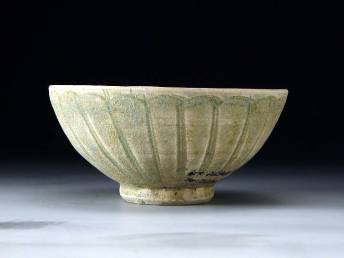 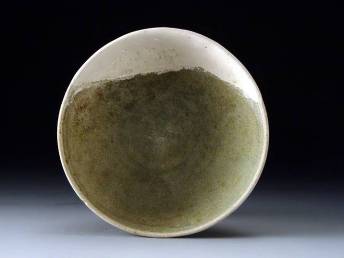 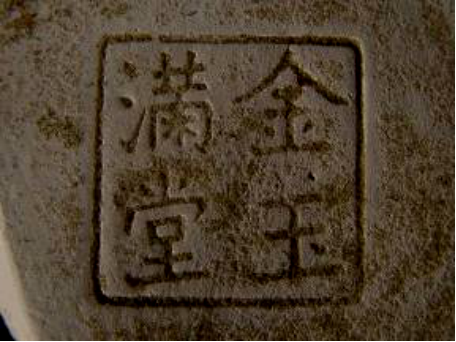 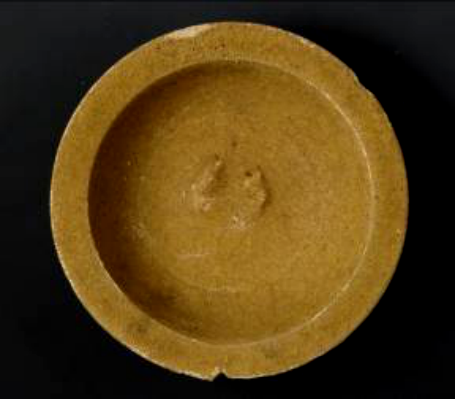 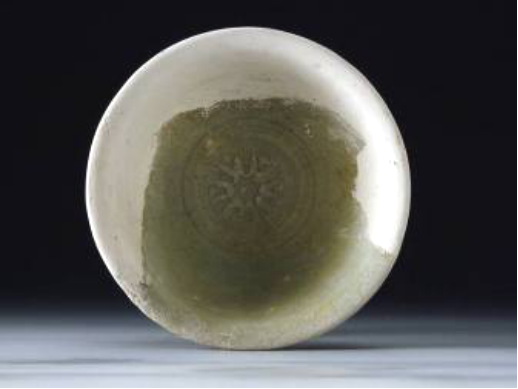 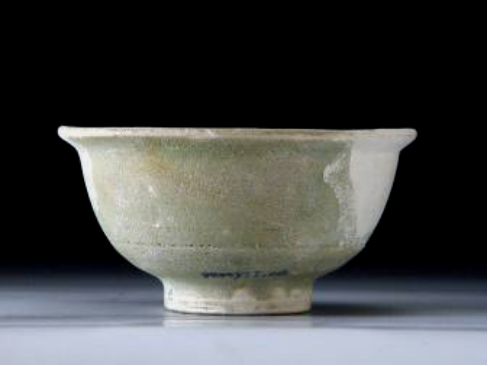 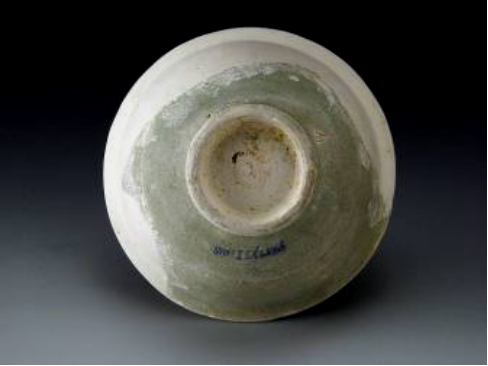 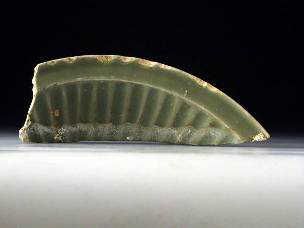