1) In China Sea Directory officially compiled in Britain in 1868, Chinese fishermen were recorded as living and engaged productive activities in Nanhai Zhudao and the adjacent waters.

China Sea Directory, an official compilation of Britain in 1868, recorded that the Chinese fishermen not only conducted fishing and other productive activities in Nanhai Zhudao, but also lived there. In Volume 2, it said that "Linkang Island... boasts a spring with superb quality water. There is only one well, dug by fishermen of Hainan. Located beside a small coconut tree, the well receives fresh water after filtration." "Discovery Reef (Xiaoxian Reef)...is frequented by fishing boats of Hainan from January to May."

2) The British China Sea Directory of 1879 recorded that the Chinese fishermen were knowledgeable about the routes to Nanhai Zhudao and had a rich variety of activities there.

In the British China Sea Directory published in 1879, the Chinese fishermen were described as at home with routes to Nanhai Zhudao: "According to fishermen from Hainan, there is the Great Discovery Reef (Daxian Reef)...A reef to the northeast ten miles from here, its specific location is unknown, but it should by all means be avoided by passing ships." It also said that the English names of some islands of Nansha Qundao were actually derived from the names given by the fishermen of Hainan, for example, Lan-keeam Cay. Records of the activities by fishermen from Chinese Hainan in Nansha Qundao are even richer, "Hainan fishermen collect trepang (sea cucumbers) and turtle shells for a living, which are found in most of the islands. Some of them live for years among those reefs, and Chinese junks from Hainan visit the islands every year, bringing rice and other necessities, in exchange for sea cucumbers and other goods. The profits are then remitted home. Those Chinese junks start sail in December or January from Hainan for Nansha Qundao, and immediately embark on the return trip at the start of the southwest monsoon. Life of fishermen on Taiping Island (Itu Aba Island) is more comfortable, thanks to water of better quality available there." In its record of Zhongye Island (North Danger Reef), the book pointed out that there were two Cays (sand dunes) in the adjoining waters, and that they were frequented by "Chinese fisherman from Hainan", who were there to collect beche-de-mer (sea cucumbers) and turtle shells. "They fetch water from a well in the center of the cay in the northeast."

The British publication China Sea Pilot acknowledged China's claim for sovereignty over Xisha Qundao in 1909, citing a report of China Southern Morning Post on June 10, 1909, which said that "Chinese presence in those islands is not aimed at annexing new territories, but to reiterate China's sovereignty claims over Nanhai Zhudao."

On August 1, 1933, the Japanese newspaper Jiji Shinbun remarked in reporting the incident of "French occupation of nine isles":

The island over which France claimed sovereignty is not Xisha Qundao...So, in discussion of the Xisha Qundao, neither Japan nor France is justifiable in claiming for pre-emption. Paracel Islands is the Chinese Xisha Qundao, and the phosphate mining rights was also obtained by He Ruinian, a native of Guangdong, from Sun Yatsen, as witnessed by the ten-year contract signed in the third year of Showa... 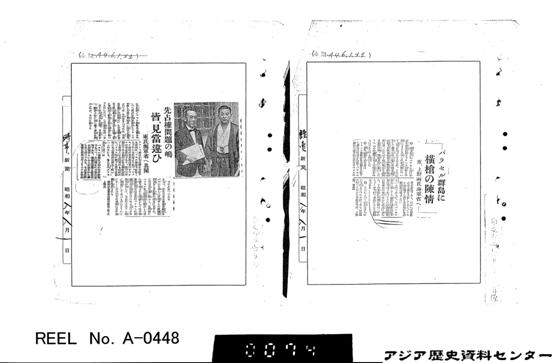 On July 4, 1938, France occupied a number of reefs in Xisha Qundao, and incurred the opposition of Japan, which held that their sovereignty rested with China. The next day, Japan issued a statement via newspapers, opposing island occupation by any third party and unequivocally stating that the island sovereignty belonged to China. On July 6, the Japanese Foreign Ministry held a press conference, at which the spokesman said that France had no formal evidence to prove that Xisha Qundao belonged to France, while China had already placed them under the jurisdiction of Hainan.

5) The Democratic Republic of Vietnam, which was founded in 1954, recognized China's sovereignty over Xisha Qundao and Nansha Qundao.

After the signing of the Geneva Agreement in 1954, the French colonial authority withdrew from Vietnam. Under the intervention of the United States, the scenario of a Vietnam divided into two regimes emerged. The Democratic Republic of Vietnam established in 1954 has always recognized China's sovereignty over Xisha Qundao and Nansha Qundao.

6) At its conference held in Manila in 1955, ICAO (International Civil Aviation Organization) requested the Taiwan Authority to build a meteorological station in Nansha Qundao.

On October 27, 1955, the first ICAO Pacific regional flight meeting was held in the Philippine capital Manila, attended by delegates of 16 countries and regions. In addition to Australia, Canada, Chile, Dominica, Japan, Laos, Republic of Korea, the Philippines, Thailand, the United Kingdom, the United States, New Zealand and France, the Democratic Republic of Vietnam and Chinese Taiwan were also represented. The Chief Representative of the Philippines was appointed chair of the meeting and the Chief Representative of France the First Vice-President. At the meeting, it was agreed that among Nanhai Zhudao, Dongsha Qundao, Xisha Qundao and Nansha Qundao were strategically situated in the Pacific and weather reports of those areas were of great significance to international civil aviation. According to resolution 24 adopted by the delegates, the government of Chinese Taiwan was requested to strengthen meteorological observation in Nansha Qundao (four times a day). The resolution was adopted with the presence of representatives from the Philippines and the Democratic Republic of Vietnam, who did not raise any objection or express any reservations.

7） In 1956, Ung Van Khiem, Deputy Foreign Minister of Vietnam stated that the Xisha Qundao and Nansha Qundao should be Chinese territory.

8) In his note issued in 1958, Pham Van Dong the Vietnamese Prime Minister, agreed with China on its declaration for the territorial seas.

In 1958, the Chinese Government issued a declaration on its territorial seas, stating that the width of the territorial sea of the People's Republic of China was 12 nautical miles and unequivocally pointing out that the provisions would be applicable to Dongsha Qundao, Zhongsha Qundao, Xisha Qundao, Nansha Qundao and other islands belonging to China. On September 14, Pham Van Dong the Vietnamese Prime Minister sent a note the Zhou Enlai the Chinese Premier, saying that "the Government of the Democratic Republic of Vietnam recognizes and endorses the declaration on territorial waters issued by the People's Republic of China on September 4, 1958." The note was sent to Ji Pengfei the Chinese Deputy Foreign Minister by Nguyen Kang the Vietnamese Ambassador to China. Meanwhile, it was published in Báo Nhân Dân, the newspaper of the Central Committee of Vietnamese Communist Party on September 22. The note reads as follows:

The Government of the Democratic Republic of Vietnam respects this decision and will direct the responsible state authorities to strictly respect China's width of 12 nautical miles on territorial seas in maritime dealings with the People's Republic of China.

We hereby extend our sincerest greetings to the Premier."

9) In the declaration issued in May 1965, the Government of Vietnam stated that Xisha Qundao were part of Chinese territory.