In the lower left corner of the map, there is a text describing the background for its creation. "In July the 22nd year of the Republic of China (1933), France occupied six islands of the South China Sea. Subsequently, field survey by the Hydrographic Bureau of the Chinese Navy found that the islands of Nansha Qundao (Editor's Note: the current Zhongsha Qundao) and Tuansha Qundao (Editor's Note: the current Nansha Qundao) should justifiably be under Chinese jurisdiction, because they had been inhabited by Chinese fishermen for a long time. In April of the 24th year, The Journal of National Committee for the Examination for the Land and Sea Maps under the central government published Islands in the South China Sea, expanding the coastal areas and territorial seas of China to Zengmu Beach in the southernmost tip, which coincided with 4°N. That was how the coastal areas and territorial seas were extended southward. 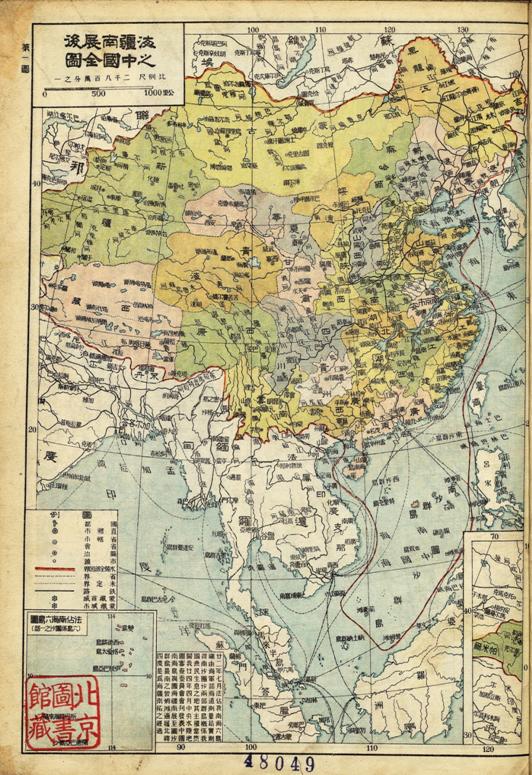