Map of Xisha Qundao was revised in August 1929 by the Guangdong Army Survey Bureau on the basis of the 1928 map on a scale of 1/10000. In the bottom right of the map, "illustrations" were added, saying that Dengqing Dao and Zhangdao Dao had been named as Chenhang Dao and Huangjin Dao after the surveying warships in the Qing Dynasty. They were jointly called by fishermen of Hainan as Sanjiao Islands (literally Tripod Islands), together with Fubo Dao, which was slightly farther off." The map not only constitutes evidence of naming Xisha Qundao during the maritime patrols of Li Zhun in the end of the Qing Dynasty, but also reflects the habitual names given by fishermen of Hainan to those islands. The maps created by the military of China between 1927 and 1928 show that Xisha Qundao are within the sovereignty of China. 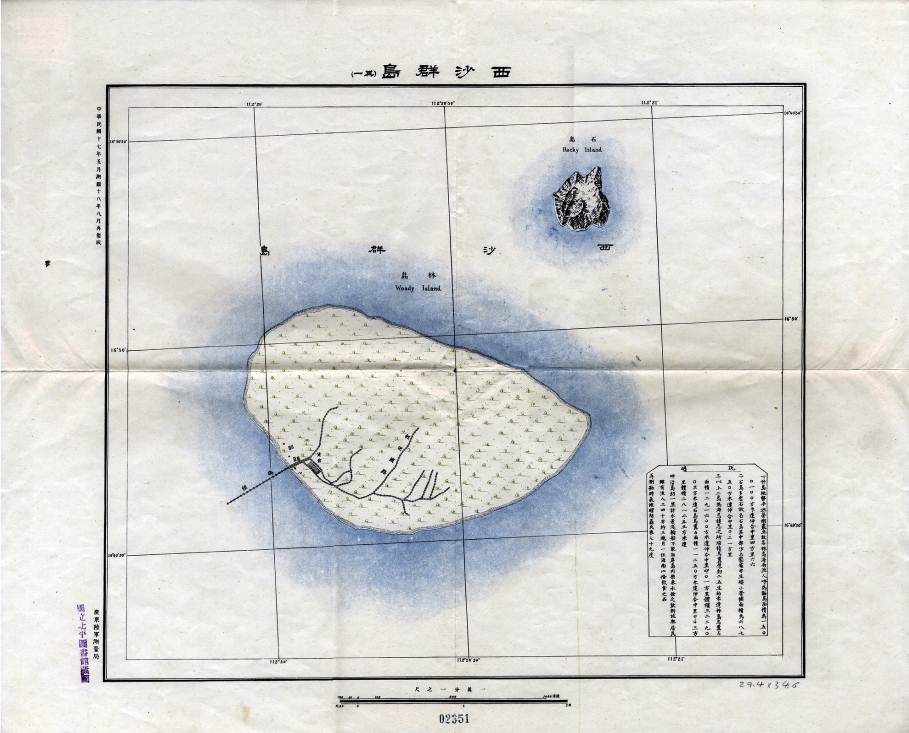 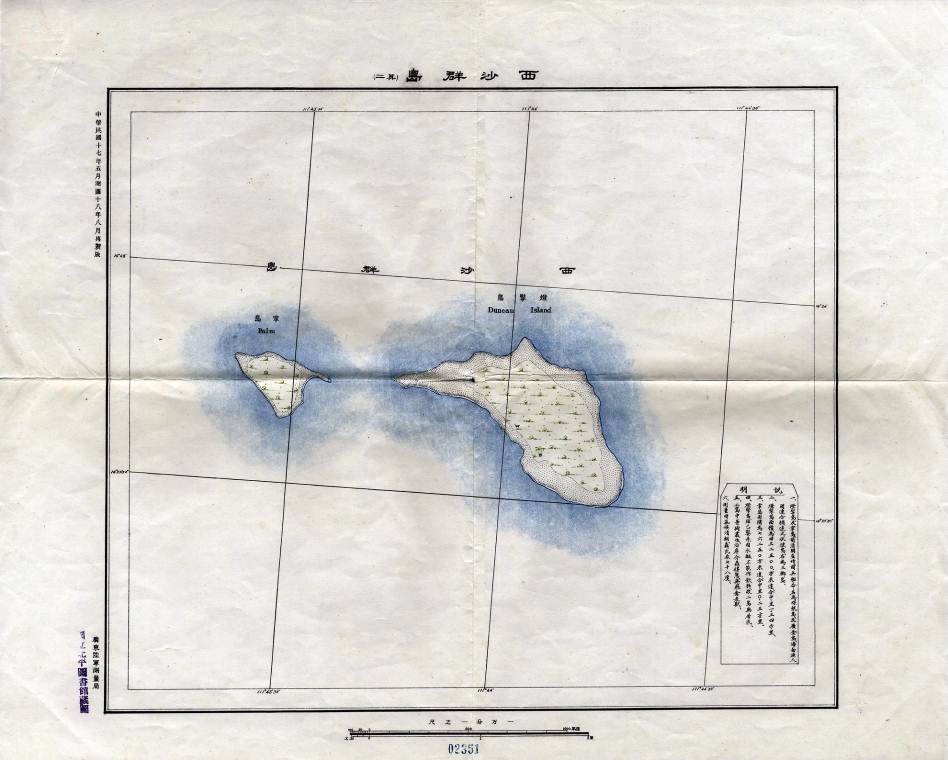