Servicing as the deputy commander of Taiwan Anping, deputy commander of Taiwan Navy, military governor of Taiwan, military governor of Gaoleilian Town in Guangdong, Jiangnan Chongming and Langshan, and provincial governor of Zhejiang in the Qing Dynasty, Chen Lunjiong compiled in 1730 (the eighth year of Yongzheng) the book Hai Guo Wen Jian Lu, which contained "General Map of the Four Seas." In the map, crescent-shaped "Qi", belt-shaped "Shatou" and "Changsha" consisting of limitless tracts of sand, and rectangular "Shitang" consisting of multiple rocks were marked from northeast to southeast in the waters of the South China Sea. Among those, "Qi" and "Shatou" are the abbreviations of "Nan'aoqi" and "Wanli Changsha Tou", referring to Dongsha Qundao and the vast expanse of sand beach at its southern tip. "Changsha" refers to Xisha Qundao and Zhongsha Qundao, and "Shitang" to Nansha Qundao. 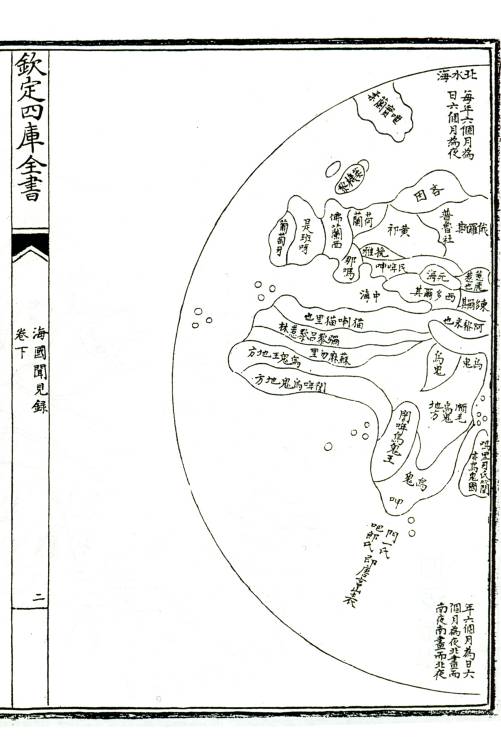 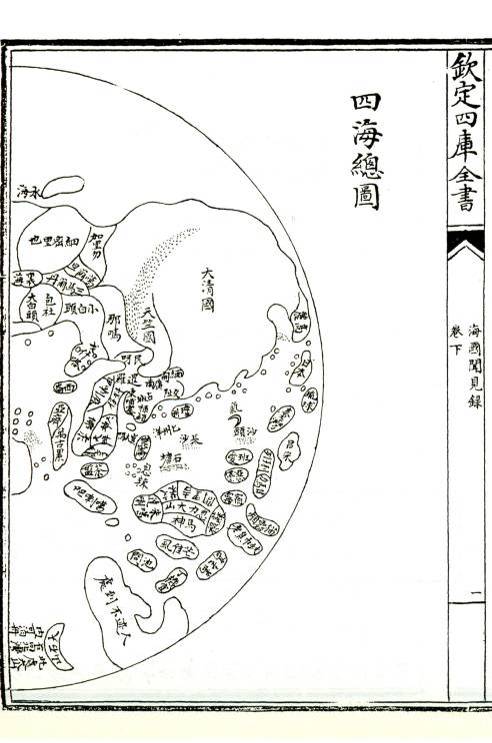