In the collection of the First Historical Archives of China there are two maritime route maps created in 1717 (the fifty-sixth year of Kangxi Era in the Qing Dynasty) by the imperial court for the supervision of trade routes to Japan and Southeast Asian countries. One of them was Compass Navigation Map for Routes to Southwestern Barbarian States created by Gioro Manbo, Governor of Fujian and Zhejiang Provinces, and the other was Maritime Routes to the Eastern and Southern Seas created by Shi Shibiao, captain of the Fujian Navy. The two maps are similar in general pattern, but several routes were added to the latter.

In these two maps, Nanhai Zhudao were marked as follows:

Dongsha was marked as a crescent island reef consisting of yellow dots, with the annotation "Qi";

Xisha Qundao was marked as a strip of island reefs consisting of yellow dots, with the annotations of "Changsha" and "Shitang";

Zhongsha Qundao was marked as a ring of islands, with the annotation of "Ganzhao" which probably means being covered in white stones, or refers to Canton according to the pronunciation of coastal fishermen in Guangdong;

Nansha Qundao was marked as a number of islands, with the annotation of "Longsheyu" (literally Dragon and Snake Islands).

On the maps, all the islands of Nanhai Zhudao were marked on the waterway from Xiamen, Fujian to Southeast Asia. The Chinese names were probably transliteration of the reef names on a Spanish map. 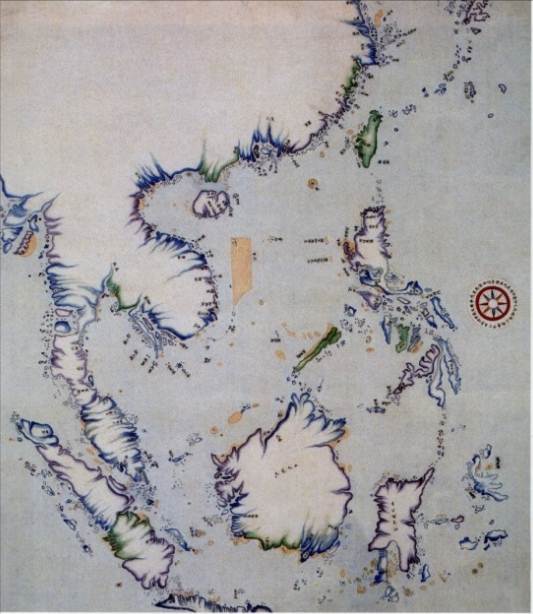 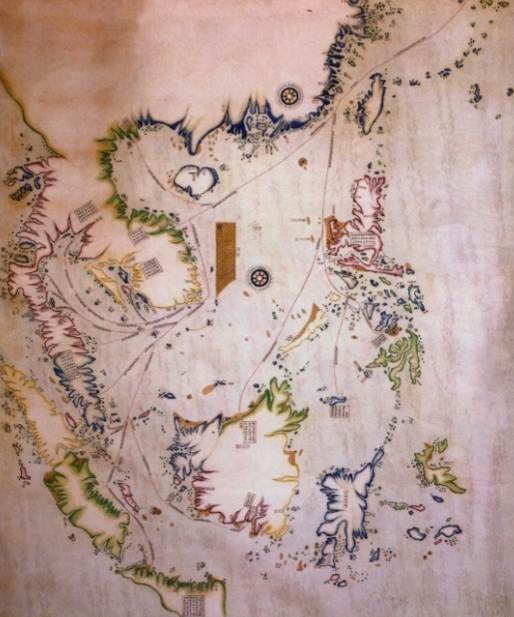 Maritime Routes to the Eastern and Southern Seas by Shi Shibiao