Zhang Tianfu (1513-1573) served successively as deputy inspector of Yunnan and Minister of Imperial Stud. In 1557 (the thirty-sixth year of Jiajing in the Ming Dynasty), he compiled Imperial Territory Examined, which was a relatively complete atlas of China in the Ming Dynasty. In Volume 10 "Map of Barbarian Peoples in the Southern and Eastern Seas", "Changsha" and "Shitang" were marked in the lower and upper sections respectively, to refer to Nansha Qundao and Dongsha Qundao, Xisha Qundao and Zhongsha Qundao, respectively. 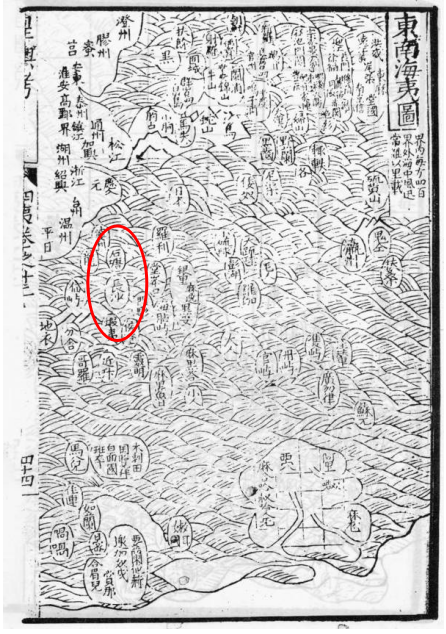