Guang Yu Tu is the result of complementation by Luo Hongxian (1504-1564), former compiler of the Imperial Academy in the Ming Dynasty to the Yu Di Tu (Terrestrial Atlas) initially prepared by Zhu Siben in the Yuan Dynasty. The atlas saw repeated printing in subsequent dynasties, with extremely far-reaching impact at home and abroad. In "General Map of Barbarian Peoples in the Southeastern Sea" added in 1579 (the seventh year of Wanli in the Ming Dynasty), "Changsha" and "Shitang" were positioned. The former, which referred to Nansha Qundao, was placed above the latter, which referred to Dongsha Qundao, Zhongsha Qundao and Xisha Qundao. In the "Map of Barbarian Peoples in the Southwestern Sea", "Shitang" was also annotated, to collectively refer to Nanhai Zhudao. 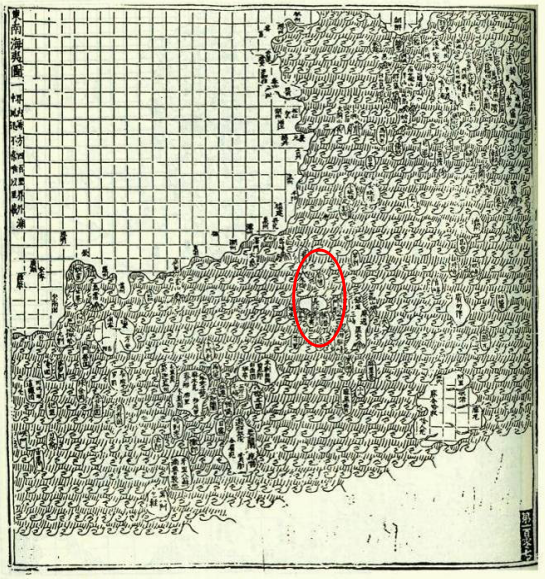