In Hai Guo Wen Jian Lu written in 1730 (the eighth year of Yongzheng) by Chen Lunjiong, the then general of the Taiwan Town, Nan'aoqi, Qizhouyang, Wanli Changsha and Qianli Shitang were used to refer to Nanhai Zhudao. It is said in the book that "Located to the south of Nan'ao, Nan'aoqi is a small flat island, surrounded with rocky overhanging cliffs on four sides. At the cliff bases, there are water plants over three meters tall. Beside the harbor, there is a sandbar at the juncture where currents from the four directions merge. It is inaccessible by boat, and entering boats are unable to get out. After 14 hours of maritime journey from Nan'ao, one reaches the sea bottom. The sand beaches in the north measure about 200 li, or 6 hours of travel by boat. At the northernmost tip, there are two mountains named Dongshi and Xiang respectively, opposite the Shamayi of Taiwan. In the south, there is a pass to another ocean, known by the name of Changshamen. The stretch of sea from the sand beach in the south to Wanzhou of Qionghai is known as Wanli Changsha. To its south, there is a stretch of rocks leading to Qizhouyang. And those rocks are known as Qianli Shitang." 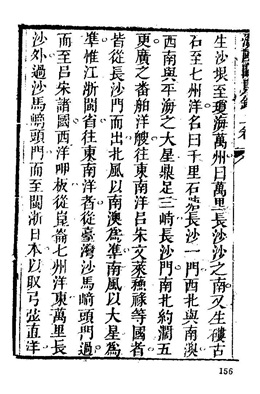 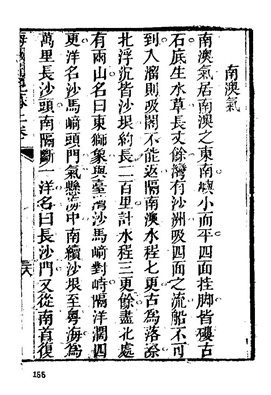