It is recorded in Hai Cha Yu Lu (printed in 1617), a book written by Gu Jie who once took an official post in Danzhou (now Danzhou City, Hainan Province), that "Qianli Shitang (thousand-li rocky reefs) is located 700 li away from Yazhou. According to legend, it is eight to nine feet below the surface. All passing ships are expected to stay clear; otherwise, they would fall in and become inextricably stuck. Wanli Changdi (ten-thousand-li embankment) emerges to its south, with torrential waves. Boats sucked in were invariably capsized." Here Qianli Shitang and Wanli Changdi refer to Xisha Qundao and Nansha Qundao respectively. 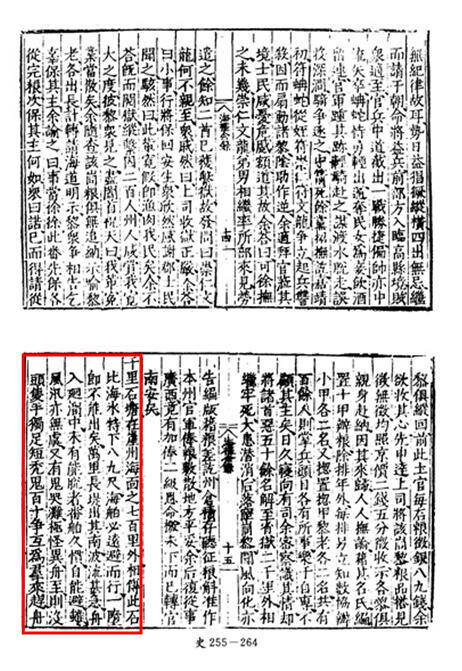