In Zhu Fan Zhi, a book written by Zhao Rushi, supervisor of Maritime Trade Bureau of Quanzhou, in the Southern Song Dynasty, not only the position of the thousands of li's Changsha and tens of thousands of li's Shichuang (rocky reefs) were recorded, but also the dangers of the surrounding waters were described: "[Beyond the port of Quanzhou,] there are two islands, one called Wuli and the other Sujilang. To the south, there lies Chiêm ThànhChampa; to the west, Chân Lạp. To the east, there are thousands of li's Changsha and Shichuang where the sea and the sky merge. Passing ships have to rely on the compass for direction. A slight deviation might have meant the difference between life and death." 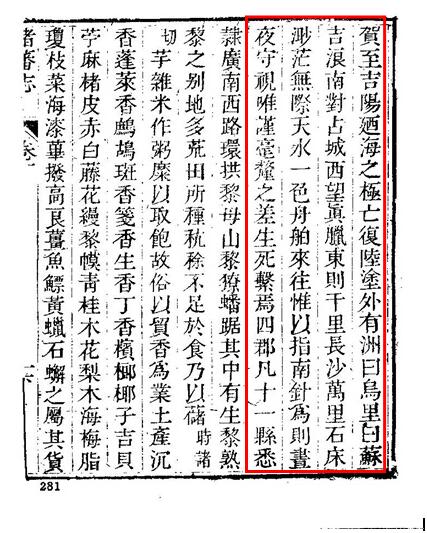