In Ling Wai Dai Da written by Zhou Qufei the local magistrate of Guilin during Chunxi years (AD 1174-1189) in the Southern Song Dynasty, "Changsha" (long sand cays) and "Shitang" (rocky reefs) were used in collective reference to Nanhai Zhudao. It is written that "To the southwest of the four counties of Hainan, there is a vast sea called Jiaozhi Ocean. It is divided into three currents. One flows southward, connecting the seas of barbarian countries. Another one flows northward, forming the sea of Guangdong, Fujian, Jiangsu and Zhejiang. The third flows east into the boundless, forming the so-called Eastern Ocean. Ships from the South are bound to be caught between the three currents. If there happens to be strong wind, they might get free. In windless days, there is no way for them to escape the doom. It is said that in the East Ocean, there are Changsha and Shitang stretching tens of thousands of li to the extremes of the world. Once a boat was blown to the Eastern Ocean by a westward gust and witnessed the deafening roar of water at the world's end. Shortly, an easterly gust came to its rescue." 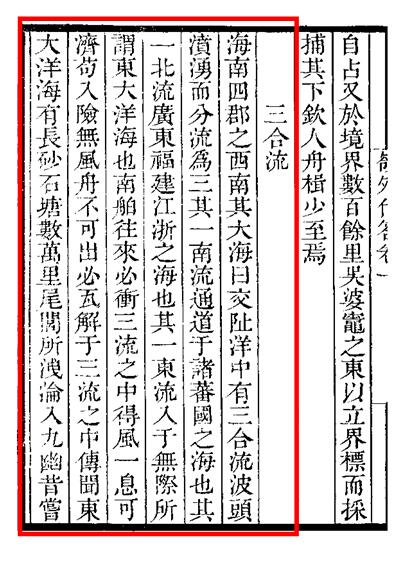 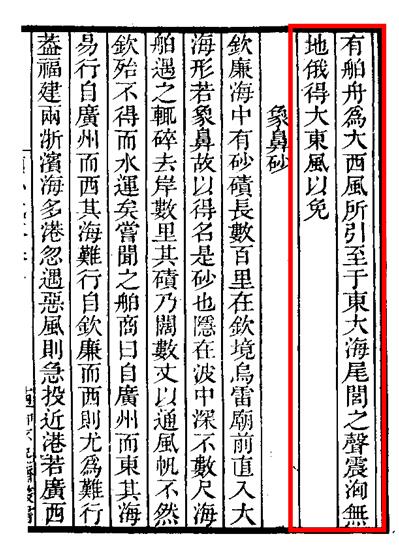